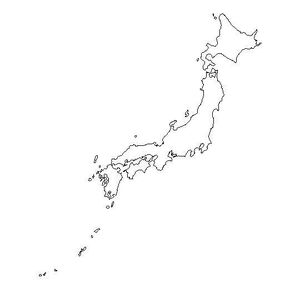 Japan is a prominent Asian country located to the East of Korea in Pacific Ocean. The country is famed globally for, amongst other things, their involvement in computer technology and electronics as well as for being the birthplace of the anime and manga pop-culture movement.

Despite being a major economic power and possessing the world's tenth-largest population, the country of Japan is actually an archipelago of 6,852 islands, the four largest of which make up the country's "mainland".

Japan was first estimated to have become inhabited around 30,000 BC. By 14,000 BC, a Neolithic hunter-gatherer culture had developed which was characterized by pit dwelling and rudimentary agriculture, the clay vessels of which are some of the oldest surviving examples of pottery in the world. Around 300 BC, influence from overseas cultures such as China and Korea began to develop, introducing the practices of wet-rice farming and metallurgy, kick-starting the country's Iron Age. Shamanism and divination by oracles in order to guarantee good crops were also introduced at this time.

250 AD saw the establishment of military states, each of them concentrated around a powerful clan. Japan also started to send tributes to Imperial China in the 5th century and based their central administration on the one used by the Chinese model with an imperial court system. Large tumulus burial mounds were created to bury prominent leaders and emperors similar in nature to the ancient pyramids of Egypt.
Buddhism was introduced to Japan in 538 and was promoted largely by the ruling class for their own purposes until 594 when, with the addition of Confucianism that focused on the morals and virtues that were to be expected of government officials and the emperor's subjects, Buddhism became a permanent part of Japanese culture and led to the discontinuance of tumulus burial mounds.

In 710, Nara became the capital of Japan and a struggle for power between the imperial family and the Buddhist clergy began to emerge. So much so that the capital was moved to Kyoto in 794 to escape the powerbase that the clergy had formed in Nara.
Political power eventually passed over to the Fujiwara family due to the number of Emperors being born from them and despite Japan enjoying a cultural Golden Age the country eventually fell into a series of rebellions from 1156 to 1180 that resulted in the country being led by various feudal lords known as Shogun and saw the rise of the Samurai warrior class.
In 1467, the capital of Kyoto fell victim to a fierce 10 year battle over feudal succession that marked the beginning of an even larger, country-wide era of war that lasted from 1467 to 1573 as the other lords of the country vied to conquer or rebel against each other. The era became known as the Sengoku period and resulted in the establishment of the Tokugawa family as the ruling shoguns of Japan and the moving of the country's capital city to Tokyo.

Falling into suspicion of invasion from foreign countries, Japan entered into enforced seclusion from the rest of the world from 1633 until 1853 when, with the arrival and threat of military ships from America, Japan was forcibly opened to Western trade.
The forcible signing of trade agreements were viewed as profoundly humiliating and a source of national shame by the Japanese. The incident saw the Tokugawa family falling from power in 1868 and being replaced by the Emperor and Imperial Family as rulers once again. Seeing how powerful the western nations had become, Japan began an industrial revolution and, in the face of outright racism and bigotry from other countries, began issuing various wars against Korea and Russia. Gaining in prowess and notoriety, Japan continued to compete with the west both in industry and military and as such found itself allied with Britain from 1902 through to World War I (1914-1918) and became a global power by 1925.

With the onset of the Great Depression (1930) Japan became increasingly militarized and expansionistic, receiving global ridicule for its various invasions of surrounding islands. In 1940 Japan formed the Axis Pact with Germany and Italy and attempted to expand its borders further through the Pacific during World War II (1939-1945) only to be eventually worn down and forced to surrender after the detonation of two automatic bombs and threat of invasion from Russia.
Following their defeat and subsequent occupation by United States forces, Japan was transformed into a peaceful democracy, with all political power resting with the newly established elected government.
Once again becoming an industrial powerhouse, particularly in the areas of computer electronics, in the 1970's. By the 1990's Japan also headed a growing pop-culture movement known as Anime and Manga that quickly caught on world-wide.

The Japan as shown in the Akamatsuverse is based on the real-world country of Japan.

Mao-chan of the Japanese Defense Forces from Ground Defense Force! Mao-chan is assigned with defended Japan and the world from an invasion by cute aliens.

The majority of the story of Love Hina occurs within Japan.

Japan is one of the primary locations where the story of Negima! Magister Negi Magi occurs.

The story of UQ Holder! occurs within Japan. The protagonist Touta Konoe starts his story with a cross-country voyage on foot from his home village in Kyushu to Tokyo to visit the Amanomi Hashira Orbital Elevator.

Retrieved from "https://ailoveyou.fandom.com/wiki/Japan?oldid=5345"
Community content is available under CC-BY-SA unless otherwise noted.