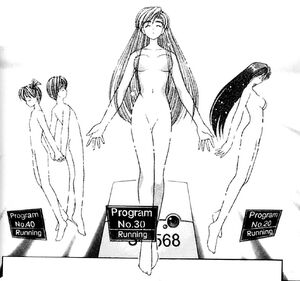 An Artificial Intelligence (A.I.) is a computerized program or software that exhibits independent thoughts and processing capabilities that work on a similar level to human intelligence.
The craft of creating such levels of intelligence within a computer program is an academic field of study, with the goal being to create an "artificial life form" that operates on par with biological life forms.

The central pillars of A.I. research is to create ways for artificial "beings" to possess, or at least mimic, reasoning, knowledge, planning, learning, natural language processing (communication), perception and the ability to move and manipulate objects.

Retrieved from "https://ailoveyou.fandom.com/wiki/Artificial_Intelligence?oldid=5632"
Community content is available under CC-BY-SA unless otherwise noted.